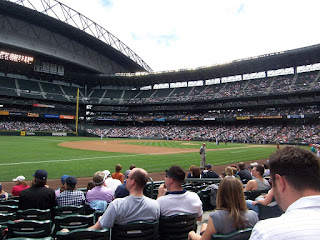 Hello from Seattle. This morning has been another lazy morning which has been very nice! I slept in until about 9:30 and then we've just been kind of hanging out for a while doing about as little as possible. Yesterday was a pretty cool day though. We had so much fun at the Mariner's game! We were just past third base in the 9th row. The weather was almost perfect, partly cloudy for most of the game so it wasn't to hot, and a nice breeze kept the air moving and the temperatures just right. We went up to the top of the stadium towards the end of the game for a few minutes to snap some photos of the city before heading back into downtown to catch a movie.
Posted by Unknown at 12:01 PM 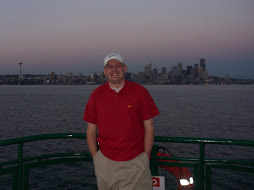